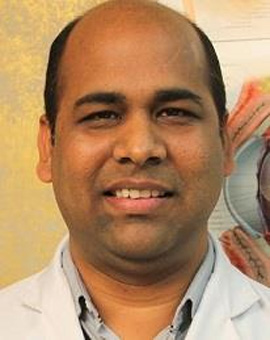 LASIK is the most common and popular refractive surgery for a wide range of typical vision issues. However, there’s still a significant deal of misinformation spreading around that may prevent people from hunting a suitable treatment. The reality is that LASIK is an effective and safe process with a high success rate. The outpatient process is fast (approximately 15-20 minutes per eye), and the vast majority of LASIK patients acquire 20/20 vision, with enhanced vision experience almost instantly for treatment.

Many people across the globe continue to depend on eyeglasses or contact lenses, and the rate of LASIK has been steadily declining. So, why aren’t people choosing a LASIK solution? To answer the question, it’s necessary to check out some LASIK myths. So, before you assume LASIK, it is time to know the reality that LASIK surgery is that good.

Myth No. 1: LASIK is painful

Fact Explained: Keep in mind; LASIK surgery itself is not painful. Before the surgery, most doctors manage numbing eye drops, so you don’t feel the laser. All your feel is some pressure on the eye, which a few patients may find a little uncomfortable. To relax you during the surgery, most doctors can give you a mild sedative. A good doctor ensures to do everything in his or her power to make you comfortable. Moreover, once the LASIK surgery is completed, some medication and eye drops can alleviate side effects like dry, itchy eyes, redness, etc. which are common and can subside within some days.

Myth No. 2: It doesn’t matter who does the surgery; all results are the same

Fact Explained: While technology has enhanced and reduced the possibility of manual errors during LASIK surgery, it still very much matters that select a well-skilled and experienced LASIK surgeon. Not every LASIK surgeon has the full experience, so you need to do thorough research, read reviews, and talk to people who have had LASIK before making an informed decision.

Myth No. 3: LASIK is suitable for everyone

Fact Explained: LASIK is not recommended to everyone, and that’s one of the essential LASIK surgery facts. You can have numerous risk factors, and a trusted doctor won’t perform LASIK surgery on someone with the risk factor. A solid set of guidelines are made to prevent severe complications and side effects, which is why a few people don’t qualify for LASIK. Some risk factors include young age, previous eye injury, pregnancy, dry eye syndrome, severe refractive errors, and a lot more.

Myth No. 4: The effects of LASIK surgery only last for some years

Fact Explained: The massive majority of LASIK treatments offer permanent refractive correction. In rare cases, nearsightedness, farsightedness or astigmatism can restore after LASIK; however, this type of regression is far-fetched. Most practices provide you with improvement surgery at no cost to offset any critical regression. However, some of you can be at the risk of age-related vision changes like developing cataracts or macular degeneration. Still, the refractive correction gained with LASIK delivers long-lasting outcomes.

Myth No. 5: LASIK results in blindness

Fact Explained: It is one of the most common LASIK surgery myths among people. There are zero confirmed cases of blindness because of LASIK surgery. As doctors are selected when it comes to performing LASIK surgery, complications and issues are infrequent.

Myth No. 6: LASIK is still a comparatively new surgery, so long-term side effects haven’t been estimated

Fact Explained: LASIK surgery has been widely performed for more than 25 years, with a too high success rate. Long term studies have submitted positive results, assisting in making LASIK the most preferred refractive surgery performed. As technology has enhanced, so too has treatment, meaning that LASIK has a handful of complications.

Myth No. 7: LASIK is just for nearsighted patients

Fact Explained: When LASIK was first introduced to the public, it only served as a nearsightedness treatment. However, a lot has changed since then. LASIK can fix numerous refractive errors apart from nearsightedness, such as farsightedness (hyperopia) and astigmatism. Traditional LASIK cannot direct the root cause of presbyopia (age-related farsightedness), but there are some substitute treatments such as monovision, blended vision, and multifocal LASIK that can.

Myth No. 8: LASIK surgery is not budget-friendly for most people

Fact Explained: The LASIK rate has reduced remarkably over the years as the technology has enhanced, and the treatment has become more common. In addition to vision insurance coverage, several financing plans can assist you in making LASIK treatment affordable.

However, with that being said, there is a correlation between age and LASIK candidacy. As you get older, your eyes are more at risk for several conditions that can stop you from having LASIK. Macular degeneration, cataracts, and glaucoma are three such common age-related eye conditions.

Myth No. 10: It takes so much time to recover from LASIK surgery

Fact Explained: After the surgery, you may notice improved vision immediately after the 15 minutes process is completed, with complete LASIK recovery anticipated within 24 hours. LASIK patients should not expect significant downtime, no matter what.

In conclusion, LASIK is the safest, most successful, and most studied elective process globally, with the highest patient satisfaction rate of any elective procedure. Now that you are aware of some of the most common myths and facts about LASIK eye surgery, are you ready for your LASIK consultation? Get in touch with the best and highly skilled LASIK doctors and make your appointment today!

Also Read– How to Take Care of Your Eyes After LASIK Eye Surgery?